As we all know, Shamita Shetty and Raqesh Bapat have broken up with each other a few months ago. Before parting ways, they shot for a music video ‘Tere Vich Rab Disda’, and it has now been released on the internet. Notably, Shamita and Raqesh remained friends with each other post- break-up. However, ‘ShaRa’ fans were heartbroken by their split. 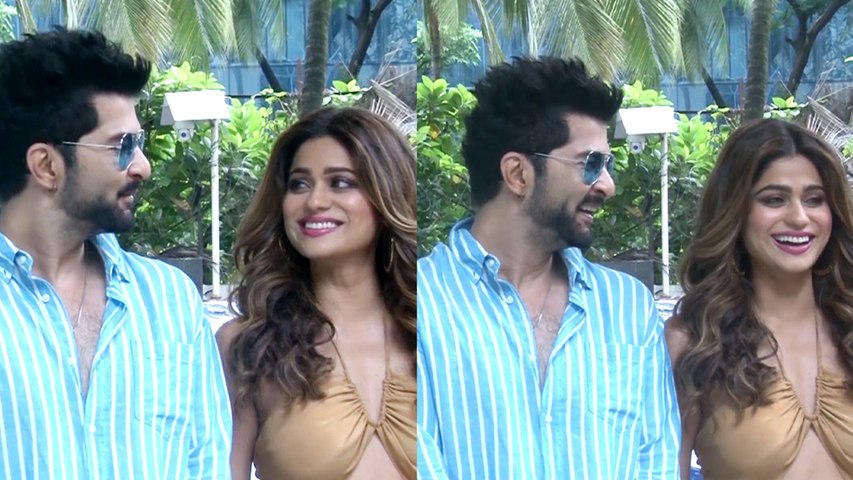 And now, since the duo is busy promoting their music video, they recently had a candid conversation with Bollywood Bubble, where Shamita Shetty opened up about her break-up with Raqesh Bapat. Shamita said, “I think our reason for announcing it was because the thing is that the whole ShaRa family, that kind of just happened, supported us so much and gave us so much love. And the kind of messages that still kept coming in was very pro the relationship and I didn’t want to break their hearts. I thought it was better for them to kind of know the truth rather than lie to them and I think that was one of the reasons why we both decided that it was kind of time to let them know. At the end of the day, we are friends. I personally think, in any case, this whole ShaRa thing sort of put a certain amount of pressure also on us and we didn’t want to kind of focus on that anymore and focus more on our friendship. I think that’s where kind of things changed. We wanted to just set things right.”

While speaking about their relationship, Raqesh Bapat said that they met in very unusual circumstances. He said that they never planned to get into a relationship, but things happened gradually between them. He said, “We never planned this. We were put in a house where I never pre-empted that it’s going to be like a couple thing. Had it been that, I would have said no to it right from the word go because I wanted to play individually. I wanted to be a person because I’ve always refrained from participating in Bigg Boss. Every year, they’ve been calling but I am a little scared of going into that house, I’m being honest. I’m not a person who’s like a public person. For me, as I always said, more than two is the crowd. I’m a private person and I like to keep it that way and yes I did participate because I wanted to.”

Bigg Boss OTT house and came close to each other. After the show, Shamita entered the Bigg Boss 15 house, where Raqesh entered to support her a few weeks later. Sadly, due to his health issues, he had to quit the show. After BB 15, they had brief moments of love, but eventually, they parted ways.

Shamita Shetty And Raqesh Bapat Open Up About Their Break-Up; Read Statements have 763 words, post on www.filmibeat.com at August 11, 2022. This is cached page on Movie News. If you want remove this page, please contact us.