‘He was a man of immense conviction.’ If Manmohan Desai had lived he would have been a ripe young 84 on February 26, still revved-up about movies and life, in that order. Still refusing to be still even for a minute.

When I met him in 1986 he already had his chronic back problem which forced him to take his life. But the enthusiasm was undiminished. He would sit up, jump out of his chair, talk animatedly for a few minutes and then lie down when his back complained against the strain.

“This back of mine, meri jaan le legi ,” he complained. Little did we know that his flippant words of protest would come true 8 years later when MKD (as everyone called him) climbed the water tank of his home’s rooftop, placed his chappals neatly in one corner, and then, apparently jumped to his death.

This was the gruesome inglorious death of a man who brought smiles to million of lives with his outrageously over-the-top films, most of them based on the lost-and-found theme whereby siblings were separated during childhood and reunited at the end of the film. 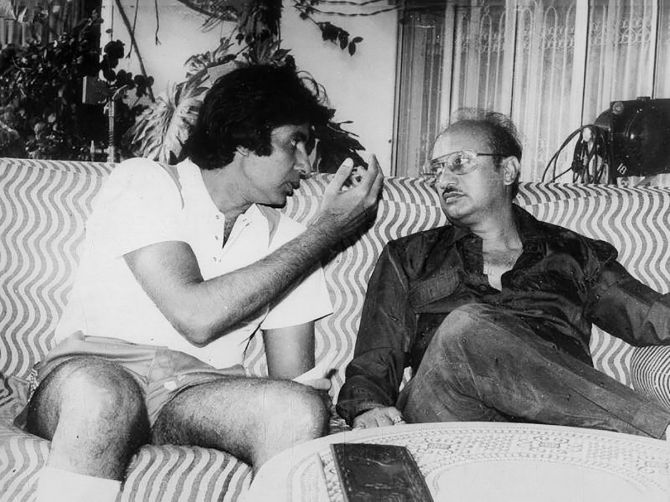 “People ask me how this is possible. I say, anything is possible in the world. In China a woman gave birth to a baby in a coma. If that can happen, why can’t three estranged brothers come together to give blood to their ailing mother ( Amar Akbar Anthony )? And why can’t a man give body heat to a woman and impregnate her?” MKD asked with the insouciant innocence of a boy asking his mother why he can’t have chocolates just before dinner.

The ‘body heat’ challenge needs some explanation. In MKD’s Aa Gale Lag Ja, Sharmila Tagore and Shashi Kapoor are caught in a hailstorm. Freezing and shivering Shashi gets on top of his co-star to warm her up, and ends up impregnating her.

Understandably there were howls of outrageous laughter at this ‘faux sex’ sequence. But MKD,as was his wont, was undeterred. He applied the same “‘body heat’ technique to Amitabh Bachchan and Meenakshi Seshadri in Ganga Jamuna Saraswati . It worked again. MKD was working on Ganga Jamuna Saraswati when I met him. He felt it was his best work since Naseeb . What about Amar Akbar Anthony? To my shock, MKD dismissed AAA as an “over-rated, fluke hit”. But it is his most loved film, I argued. MKD was adamant. He preferred Naseeb and Aa Gale Lag Jaa .

“You can write this,” he told me banging the table .

“But suppose you change your mind?” 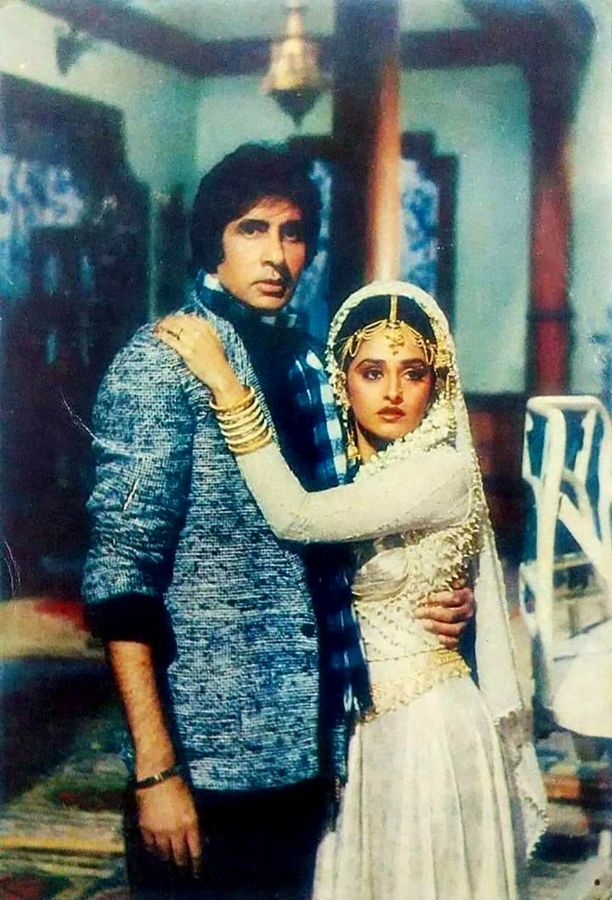 MKD was worried because his heroine Jaya Prada had just announced her marriage (to Srikant Nahata) and he was worried about Ganga Jamuna Saraswati . “Why did she have to get married? Now she will announce her pregnancy. My film will be stuck,” he cribbed good naturedly.

He played the songs of Ganga Jamuna Saraswati for me. “Right now they are in the voice of Baby Munmi. When Lata bai comes back she will dub the songs. But you mark my words Munmi is going to be big one day.”

I wonder what happened to Munmi!

There was something unstoppable about Manmohan Desai. Shabana Azmi, who worked in two of his films, recalls, “Manmohan Desai was such great fun to work with. He was a man of immense conviction. Whenever I’d question him, he would say, ‘Leave aside your logic-wogic. Just do what I tell you. Just trust me. It will work.’ 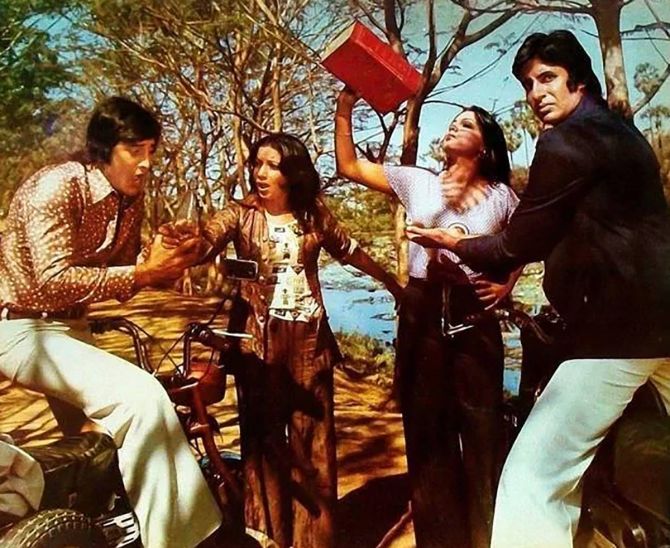 “I remember when we did Parvarish — that was my first film with him — he came to Ranjit Studios to offer me Amar Akbar Anthony . He told me, ‘I’m producing my first film and I very much want you to be in it.’ I told him it would be an absolute delight.”

“Just the candid way in which he invited me to be part of the film won me over. I had a ball shooting Amar Akbar Anthony. I remember if I took time over a shot he would yell, ‘ Ae, yeh tumhara parallel cinema nahin hai. Sab phata-phat ‘.”

“His convictions were unquestionable. I miss Manmohan Desai a lot. Even today I meet so many who tell me how much they enjoyed Parvarish and Amar Akbar Anthony . I saw both again recently during the lockdown. And this time I didn’t ask any questions. Manmohan Desai had convinced me.”

Amitabh Bachchan, who did 9 blockbusters with Manmohan Desai, says not a day goes by when he doesn’t miss the ebullient film-maker. “He was a dear friend. We collaborated closely in several projects, all of them worked. He was a very talented man with a vision. I truly miss him.” 'Manmohan Desai was such great fun' have 1081 words, post on www.rediff.com at February 28, 2022. This is cached page on Movie News. If you want remove this page, please contact us.