Prominent Afghan filmmaker Sahraa Karimi has recounted her and her family’s harrowing flight from Afghanistan to safety in Ukraine. They arrived in Kyiv on Tuesday, roughly two days after the Taliban took control of Kabul and after missing an initial flight out amidst the chaos of Kabul airport.

“The moment that we missed the first airplane, it was the most sad moment of my life because I thought: okay, we cannot go anymore. We stay. And then I started again. You know why? Because I am a fighter. I never give up. I never ever give up,” she said in a Reuters interview aired on DW’s Arts & Culture TV news program.

Karimi is the president of the state-owned Afghan Film Organization, the director of the award-nominated film Hava, Maryam, Ayesha (2019) and the only Afghan woman with a Ph.D. in cinema.

Karimi had published an open letter on August 13 calling on the international film community to act to protect filmmakers and other cultural creatives from Taliban violence.

Karimi studied film in Slovakia at the Slovak Film and Television Academy. The academy’s president and the Turkish and Ukrainian governments helped her and her relatives escape.

Fleeing for the future of her nieces

DW reporter Scott Roxborough, who spoke to Karimi after she arrived in Ukraine, said the filmmaker hadn’t initially wanted to leave Afghanistan despite the danger posed to her as the leading female Afghan film director. 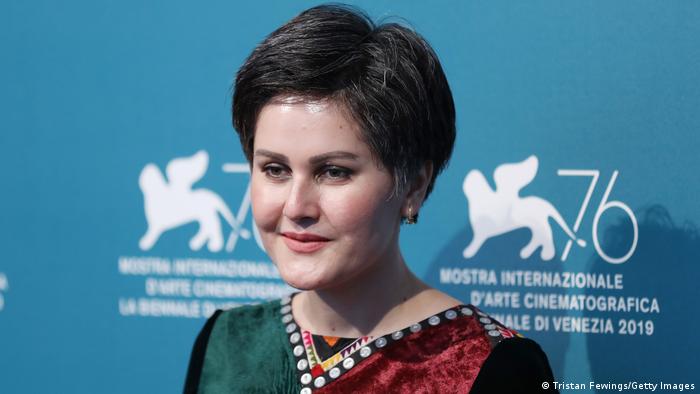 Sahraa Karimi at the 2019 Venice Film Festival, where her movie ‘Hava, Maryam Ayesha’ was screened

While the Taliban has claimed it will respect women’s rights , it has said it will do so within the framework of its strict interpretation of Islamic law.

Under past Taliban rule , girls were barred from school, women were banned from work and draconian punishments were imposed upon those considered to have broken the rules; art and cultural undertakings, particularly by women, were essentially nonexistent.

A ‘genocide of filmmakers and artists’

In interviews with The Hollywood Reporter and Reuters news agency, Karimi described how she had been trying to withdraw money from a bank on Sunday when gunfire broke out. The bank manager told her to leave and took her out the back door. Unable to see a taxi, Karimi ran three miles through the city to get home, documenting it on Instagram.

Determined to get her family — including her five nieces — out of the country, she phoned the Slovak film academy, which told her about a flight out of Kabul to Ukraine she could take. But when they arrived at the airport — alongside thousands of other Afghans trying to flee — they were blocked from reaching the flight.

“A lot of people came to the airport and they just [were] catching airplane, like hugging [the] airplane, you know, just to take them. They were so hopeless, thousands, thousands [of] people. They were just trying to find escapeway, exit way,” Karimi said in the TV interview. 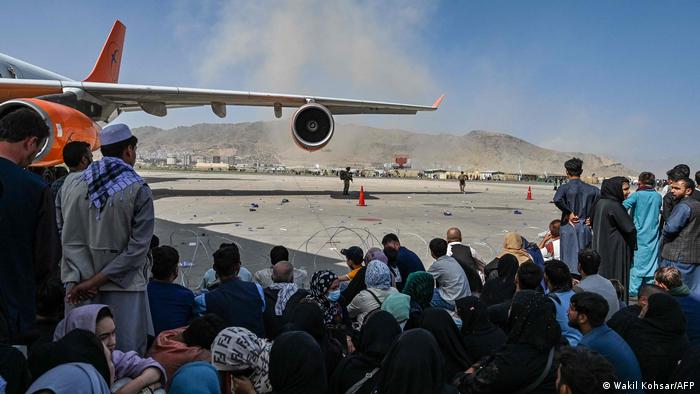 A few hours later, after talking to the officials who were helping her, Karimi and her family were able to board a Turkish flight to Ukraine via Istanbul.

She is now working from Ukraine to get 36 other Afghan filmmakers and their families out of the country, she told The Hollywood Reporter .

Karimi warned of a “genocide of filmmakers and artists” if the international community fails to act. “The Taliban have not changed. Ideologically, they live in the Stone Age,” she said in the article.

The return of the Taliban will all but certainly end Afghanistan’s nascent film industry, which had established itself nationally and internationally during the past two decades. Many highly regarded films by female Afghan directors, including Karimi’s own Hava, Maryam, Ayesha — which was featured at the 2019 Venice Film Festival — have focused on the lives of Afghan women and the deeply rooted challenges and problems they face.

“[Afghan filmmakers’] voices are so important because those are exactly the voices that have been silenced for so long in Afghanistan. And the stories that they are telling are stories that the Western media hasn’t been telling,” DW’s Scott Roxbourgh explained.

Afghan director Sahraa Karimi recounts escape from Kabul have 1724 words, post on www.dw.com at January 20, 2021. This is cached page on Movie News. If you want remove this page, please contact us.