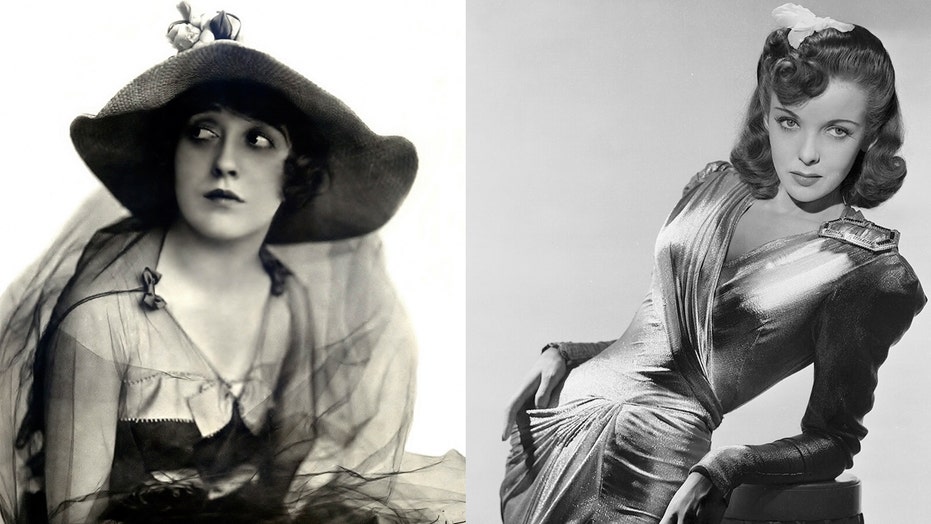 The series, narrated by Tilda Swinton , Jane Fonda , Thandie Newton , Debra Winger and many others, examines how movies depict life, love , politics , humor and even death — all through the lens of some of the world's greatest directors, who all happen to be women.

In addition to the documentary series, TCM will also present 100 classic and contemporary titles directed by women from 44 countries.

Two women being highlighted in the documentary include silent film actress Mabel Normand and Ida Lupino , who made her mark as a screen siren during the '40s and later became a prominent filmmaker during the '50s.

"I love the title of this series and the title of Mark's documentary, which is just 'Women Make Film' – full stop, no debate, no question," TCM host Alicia Malone told Fox News. "Women have always made films… Right from the beginning of cinema and all over the world. And so the fact that we get to explore that over 14 weeks, taking 100 different films from 100 different filmmakers, from over 12 decades of filmmaking… it is really like a film school, where all the teachers are women. And that's exciting."

Normand, recognized to be the first comedienne and possibly cinema's first comic star, appeared in over 100 film shorts and 23 full-length features. According to the Women Film Pioneers Project , she was one of the earliest actors to function as her own director, to be named in the title of her films and to have her own studio, the Mabel Normand Film Company.

Mabel Normand acts the idiot in this scene from the 1920 film “What Happened to Rosa?” (Hulton Archive/Getty Images)

BO DEREK REFLECTS ON GIVING BACK TO AMERICAN VETERANS: 'THERE'S JUST SO MUCH WE DON'T DO FOR OUR HEROES'

"Mabel Normand is one of my favorite figures from the silent film era because… she was so natural," Malone explained. "She didn't have any acting training whatsoever. So there's no artifice involved in her. And she wasn't afraid to put herself on the line with physical comedy, or dressing up like a boy.

"And then when she went behind the camera, she took that incredible sense of physicality with her," Malone continued. "And something that is rarely talked about is how instrumental she was in the career of Charlie Chaplin . Because she actually directed the very first appearance of Charlie Chaplin as his famous tramp character.

“That's a character he definitely developed himself, but you have to think that she, as a director, had a hand sort of creating that character,” she shared. “That's one example of how we don't acknowledge the work of women and how important they are often in the careers of men. Film is a very collaborative process."

However, Normand's thriving career was plagued by scandal. Despite being a popular star in Keystone Studios, she was also notoriously underpaid in comparison to Chaplin. Her close friend, director William Desmond Taylor, was murdered in 1922 at age 49. Normand, who was reportedly the last person to see Desmond alive, was named a suspect by tabloids.

There were also rumors of Normand's alleged drug use, which overshadowed her film accomplishments. In 1930, Normand died from tuberculosis at age 37.

TCM will be airing 1914's "Mabel Strange Predicament" in honor of her directorial talents on Oct. 28. It's the film where she directed and starred opposite Chaplin in his first-ever appearance as “The Tramp.”

"It's just a very funny, simple comedy," said Malone. "There are a lot of situations that are amusing to watch. But something that will surprise audiences when they see it is just how alive it feels. Even though people may think it's an old movie, it's a silent film, you forget all about that. It's very funny. And it shows various troupes that we have continued in comedy. Nowadays, you'll see a lot of the same physical comedies and the same kind of situations pop up. But this is where it started, right in the silent era."

Years later, Lupino famously walked out on a $1,700-a-week-contract in 1937 because she was fed up with "lightweight ingenue parts," the Los Angeles Times reported. The outlet added the actress later abandoned another acting contract in the early '50s to produce, write and direct.

And it was the late ’40s when Lupino directed and helped write films on controversial subjects, including that of illegitimacy in 1949's "Not Wanted," rape in 1950's "Outrage," as well as pathological murder in 1953's "The Hitch-Hiker." Lupino also formed a production company named The Filmakers (which she spelled with one “m”) with then-husband, writer/producer Collier Young.

Actress Ida Lupino in a scene from the 1946 movie ‘The Man I Love.’ (Donaldson Collection/Getty Images)

"I think if you're a creative person and you get pigeonholed or typecast, you get restless," Cousins told Fox News. “You want to escape the cage, you want to escape the prison. And that's what Ida Lupino wanted to do. When we look at the films that she made, she made such a range of films. It was like she was saying, 'I can do this. I'm not just a pretty face. I'm not just a doll or somebody who acts in films. I have a visual imagination. I'm a storyteller, I'm a visual thinker, I can empathize with other human beings.'”

“I have to say, Hollywood itself was not great at giving women like Ida Lupino an opportunity,” added Cousins.

Malone pointed out that when Lupino first came to Hollywood from England, she was immediately "put into this box." Studio heads envisioned her as a screen siren, but she desired much more for her career.

PAT BOONE REVEALS LIFE-CHANGING ENCOUNTER WITH HARRY BELAFONTE, THE INSPIRATION BEHIND ‘CAN’T WE GET ALONG’

Ida Lupino directs one of the scenes from her film ‘Mother of a Champion.’ She is shown peering through the movie camera. Undated photograph. (Getty)

"They thought she was going to play this Jean Harlow type," Malone explained. "So she was given this persona that was not her own. So I imagine for her, it must have been so frustrating to [hear], 'These are the roles you're going to play and this is your box.' And when she decided to start directing, she showed, as Mark said, all different kinds of films that she could direct. One of my favorites is 'The Hitch-Hiker,' which is a very tense thriller. It is an example of how women can make films that are thrilling and that will make you want to close your eyes. They don't just make romantic movies."

Lupino passed away in 1995 at age 77. At the time of her death, the New York Times reported she was celebrated for directing "eight provocative and socially relevant feature films and scores of episodes of many long-running television series." Her 1941 film "High Sierra" will be shown on TCM on Sept. 8, as well as 1938's "Fight For Your Lady" on Oct. 7.

Malone hopes these films will introduce Normand, Lupino and many other female filmmakers to a new generation of movie buffs.

'LEAVE IT TO BEAVER' STAR HUGH BEAUMONT WAS VERY MUCH LIKE ON-SCREEN FAMILY MAN, DAUGHTER SAYS

"[Cousins] overwhelms you with examples of movies made by women that make you realize how much we have not recognized their place in film history before," she said. "And so maybe now we can start to have that conversation about how do we celebrate the work that has already been done by women all over the world."