For more than seven decades, the political culture of the Federal Republic of Germany has been characterized by remarkable consensus and compromise. Despite the best efforts of some of the far-right populists in the Alternative for Germany (AfD) party, there’s no German equivalent to the acrimony generated by President Donald Trump in the United States. In the main, German politicians stay civil.

But every Ash Wednesday the gloves come off, and political leaders are allowed to push the rhetoric to the limits of fairness — and sometimes beyond. That’s been the case this year, too, in the centenary edition of the ritual. Here are some best zingers from the 2019 edition of the political roast day Germans call “political Ash Wednesday.”

So where did the tradition of leaders from all of Germany’s major pulpits taking to rostrums, often in beer tents , to excoriate opponents and sometimes even allies come from? To answer that, we have to go to the extreme southeastern corner of Germany. 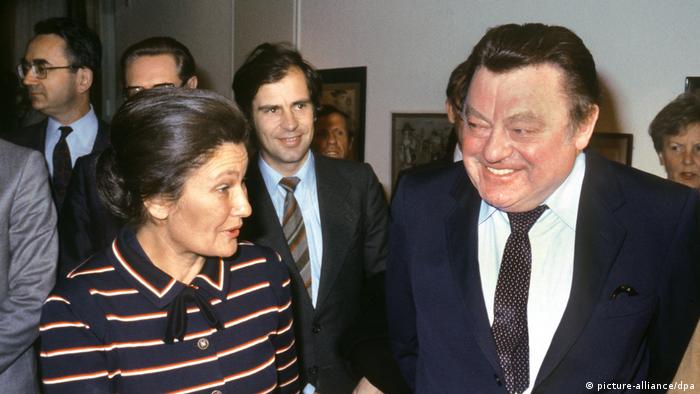 A Bavarian tradition of plain talk

Ash Wednesday has become part of mainstream German political culture, but it comes from the provinces of Bavaria. Nor is this tradition especially old in the framework of larger German history, celebrating only its 100th anniversary this year.

The first political Ash Wednesday took place on March 5, 1919, when the Bavarian Farmers’ Association staged an event in the town of Vilshofen near the Austrian border. There, in the wake of Germany’s defeat in the First World War, the speakers pulled no punches about the shortcomings of the country’s previous political leadership.

Expressions of political criticism were most definitely not welcome in Nazi Germany, so it wasn’t until after the Second World War that political Ash Wednesday attained its current status. That was largely down to a Bavarian political grandee, Franz-Josef Strauss of the CSU, who held several cabinet posts from 1953 to 1969 and led Bavaria from 1978 to 1988.

Strauss was a larger-than-life politician — a straight-talking patriarch to his supporters and an autocratic bully to his detractors. In any case, the pugnacious Bavarian became known for his Ash Wednesday broadsides. He once said of Social Democratic leader Johannes Rau, “The chancellor’s shirt is three sizes too big for him,” and of the SPD-led government in the 1970s, “They set out to reform Germany and turned it into a pig sty.”

“The CSU head and state premier of Bavaria put his stamp on the biting speeches of political Ash Wednesday like no one else,” wrote the Süddeutsche Zeitung newspaper in 2007, some 20 years after Strauss’ death. 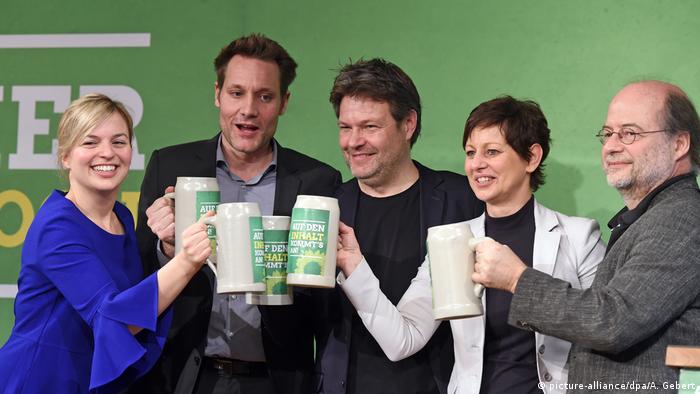 Beer and political insults are not just for conservatives

The other parties get on board

Inspired by the attention Strauss and the CSU received with such jibes, Germany’s other political parties followed suit. Today, leaders from the entire political spectrum, from the AfD to the Left party, seize the opportunity to hold provocative speeches in front of the party faithful.

One of those who took part this year in the springtime ritual, which coincides with the Christian period of Lent , is FDP General Secretary Nicola Beer. She’s a fan of Ash Wednesday speechifying.

“If political Ash Wednesday didn’t exist, someone would have to invent it,” Beer told Deutsche Welle. “It’s a great chance to engage in some verbal sparring, rally the troops and stake out a political standpoint, before the fasting period begins.” 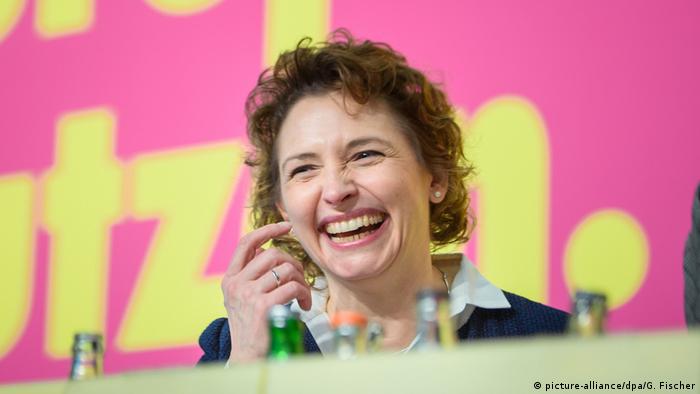 A form of carnivalesque populism?

Ash Wednesday political speeches are broadcast live on nationwide television, but the tradition retains something of its local origins. The speeches follow hot on the heels of the Carnival parades in many Catholic parts of Germany , with their often politically pointed floats, and the barbs of the politicians aim to replicate the no-nonsense remarks that can be heard in taverns and bars throughout Germany.

As always, the audiences at the Ash Wednesday speeches on March 6, 2019, take the opportunity to down odd tankard of beer while their political leaders lay into their adversaries. There’s an atmosphere of frivolity in the speeches. Politicians are granted fool’s license to exceed the bounds of polite political discourse and aim the odd blow below the belt. Political Ash Wednesday is more about comedy and show than policy and serious proposals.

At the same time, there is certainly potential for genuine friction. The newly elected leader of the conservative CDU party, Annegret Kramp-Karrenbauer, found that out when she got in hot water for making a joke about special bathrooms for transgender people at a Carnival event late last week. Gay and lesbian groups from within her own party demanded an apology. She’s holding a speech later on Wednesday evening.

Times change and many of the remarks greeted in Strauss’ day with laughter would be deemed unacceptable today — even within the context of Ash Wednesday’s greater verbal license. Once a province almost exclusively for men, the main speakers at four of the seven main Ash Wednesday events in 2019 are women: Annalena Baerbock of the Greens and Katharina Barley of the SPD along with Beer and Kramp-Karrenbauer. That may have slightly altered the tone, if not the general thrust of this particularly German ritual.

“We women fight our duels with foils,” Beer told DW. “We women enjoy confrontations and scoring hits, cheekily and directly. We women have been part of political Ash Wednesday for some time now. But no matter how female Ash Wednesday is, it remains a relevant forum for straight talk.”

Ash Wednesday — Germany's day for beer and political insults have 1879 words, post on www.dw.com at January 6, 2019. This is cached page on Movie News. If you want remove this page, please contact us.